There are as many as 4 GL accounts involved in accounting entries related to NITC which are:

This is standard practice for any produce received, a Vendor Tax Invoice is processed in Blackpurl and then integrates in your accounting package, where typically there is a GST on Purchases component to the Vendor Tax Invoice that is claimed

However for the Dealership to account of the NITC and not claim the GST on Purchases component until the unit is sold, the Vendor Tax Invoice is processed as follows:

Typical accounting entries for one of these vendor bills

At a later date, when this unit gets sold, we need to record that the withheld GST can now be claimed 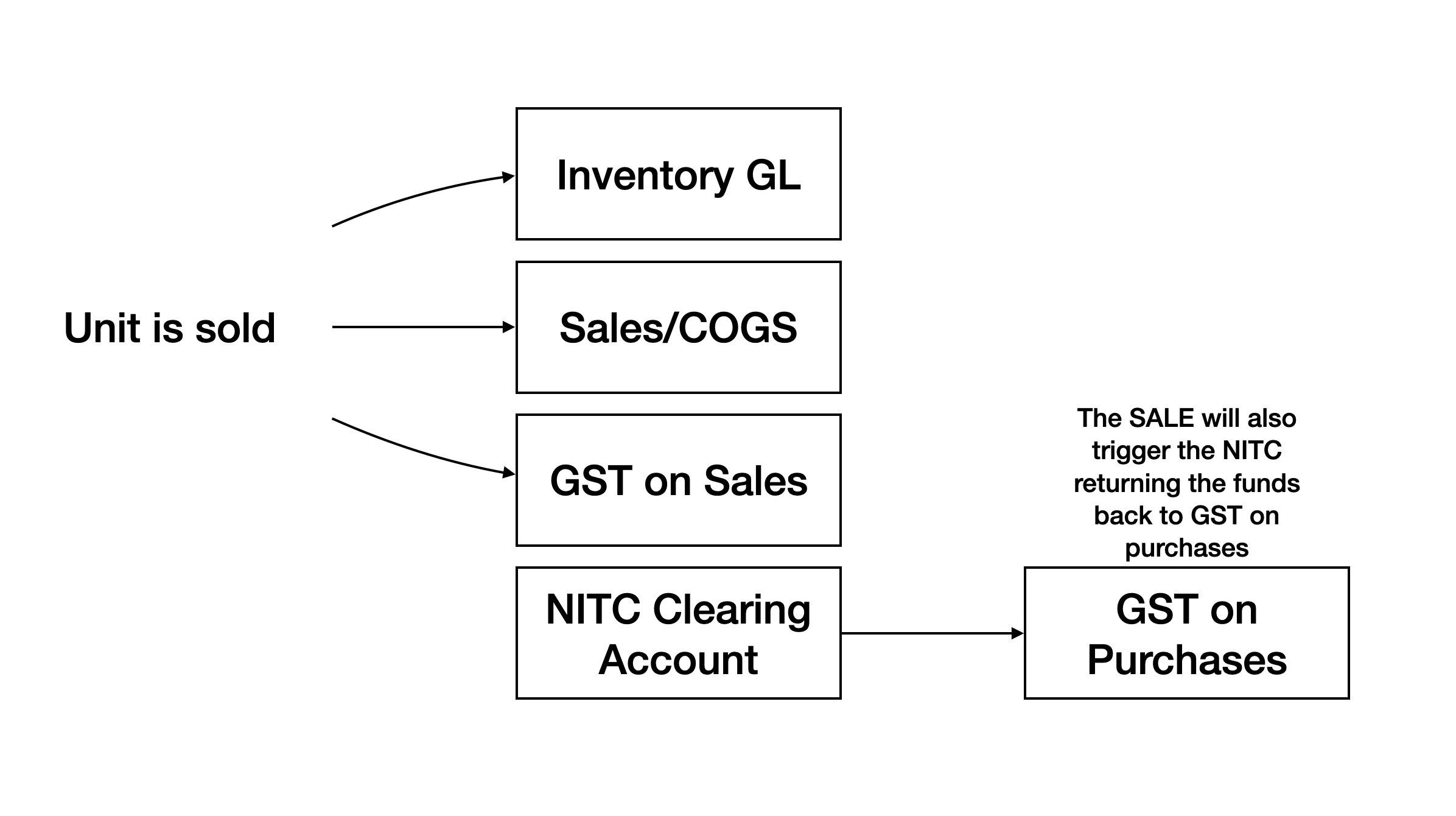 Units traded in, on a Unit Deal where the customer is receiving the benefit of a tax credit for the trade-in also has a requirement to withhold the tax credit given to the customer until that traded in unit is later sold

Trade-in unit from a deal

Because of NITC, the tax credit the customer benefited from in their deal, $300 in this example, needs to be withheld until that traded in unit is sold at a later date. So in the COGS journal entry for the deal, we include the following entries to withhold this tax credit

When the traded-in unit is sold we can then claim the tax credit that was withheld from the deal. With these units there is an additional condition that the final input tax credit claimed will be reduced if the unit is sold for less than what it was traded in for.

Taking the trade-in from the example above let’s assume it was resold for $4,400 (tax incl) which is NOT less than the original trade-in value. In the COGS journal entry for the deal selling this trade-in we include the following entries to claim the tax that was withheld when the unit was traded in

BUT, if that trade-in was resold for $2,200 (tax incl) which IS less than the original trade-in value, the entire $300 which was withheld cannot be claimed. Only $200 of it can be claimed and the remainder gets expensed

Therefore with this scenario, in the COGS journal entry for the deal selling this trade-in, we include the following entries to claim a portion of the tax that was withheld when the unit was traded in and the remainder gets expensed