The Bill of Sale and Offer to Purchase have been modified as follows: 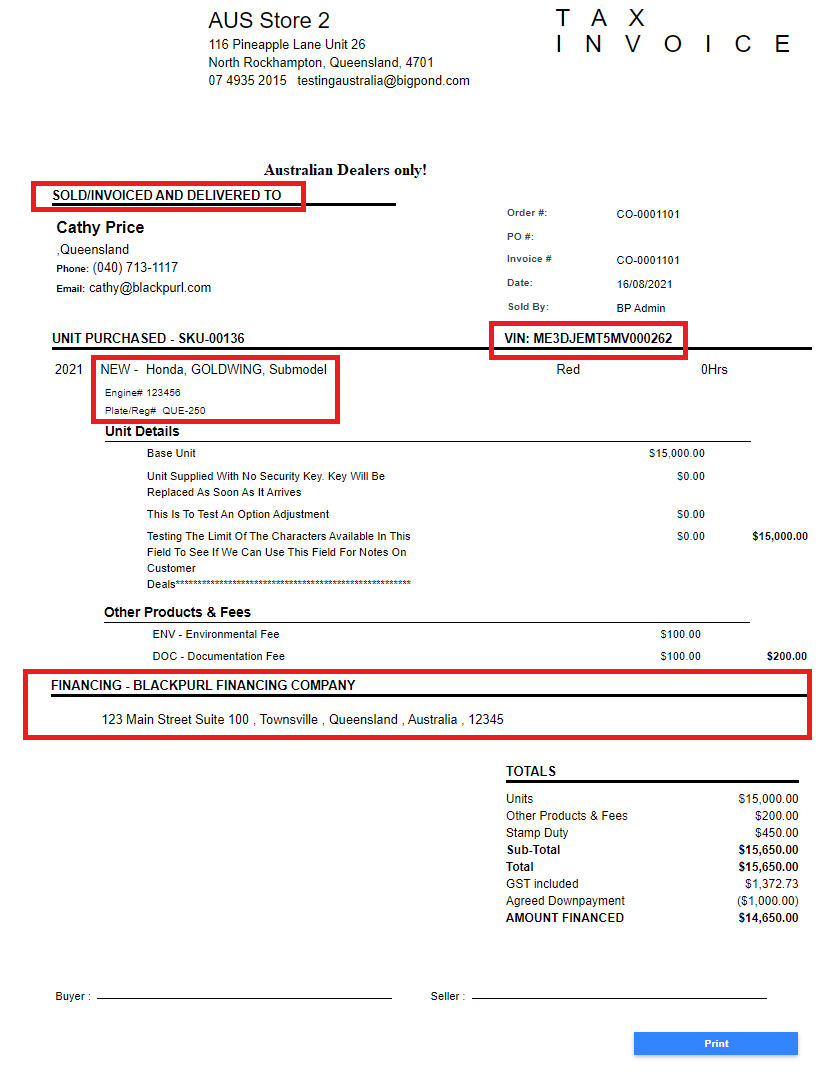